The Thoughtful Art of Gift-Giving 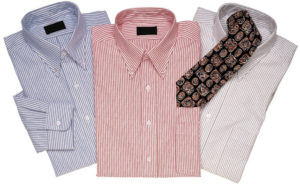 The Christmas of my eighth year, I woke to a beautifully wrapped present from my grandmother under our Christmas tree. Inside was a neat, ironed pile of my dead grandfather’s dress shirts. I smiled and told her how much I loved them.

Later, in my room, I cried like the kid I still was. I didn’t want my dead grandfather’s shirts! I could barely handle his funeral five months before, let alone the concept of death. But the lesson was burned in my mind: You have to put on a good face when you receive a gift from someone who loves you — no matter how much you might hate it.

Now, I’m not claiming to be a perfect gift-giver. Over the years, I’ve been guilty of buying terrible presents for loved ones, specifically significant others. Is there anyone harder to buy for than the person you’re sleeping with? There was the gym membership for the guy I thought could stand to lose a few pounds (I know, shameful). The handwritten “coupon” for a massage (What am I — 5?). Or the set of comedy DVDs for the guy I didn’t think was funny enough. The main mark of the Terrible, Horrible, No-Good Very Bad Gift is the one that comes with implicit instructions: “Take this, use it, and maybe I’ll like you better.”

This year, I’m proud to say that my husband and I nailed it. I got him a pair of deluxe Bose noise-canceling headphones because we live in a small apartment and these help create the illusion of space. He got me great ergonomic wedges that have helped me with back problems that are a result of writing in bed all the time. I’ve learned from my gift-giving mistakes, the biggest of which was a bike helmet I bought him that remains dusty in our closet, unused. In my husband’s defense, he doesn’t ride a bike. The moral of that story? Give presents that reflect who the recipient truly is, not who you want them to be.
When I told my girlfriends about my wide-ranging experience of giving (and receiving) A-plus prezzies and total flops, they shared their own lessons on the Fine Art of Thoughtful Gift-Giving. Here’s what I learned.

1. Putting someone else’s needs over your own is the greatest aphrodisiac.

I love my friend Kerry Coddett’s story about how her boyfriend showed just how well he knew her in the form of an epic weekend getaway.

“I’m a wild party animal, but my boyfriend doesn’t drink or smoke,” she says. “As soon as we got to the hotel, he arranged for our room to have all my favorite snacks, drinks, cigarettes — he even got me a cute to-go cup so I could take my booze with me! It means the world that we’re so different, and yet he doesn’t judge me for the things I like to do.”

She’s shown herself to be just as tender — and crafty. “There was this PBS documentary called Eyes on the Prize that my boyfriend watched as a kid, and much of his worldview was shaped by it. I was able to track down the DVD box set at a store that only sold to teachers … by pretending to be one.”

2. There’s nothing worse than the regift. 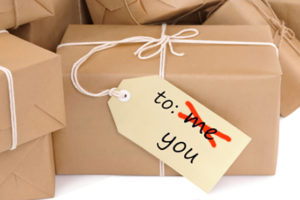 Actually, scratch that. There is one: the straight-up, admitted-to regift.

My friend Maggie Serota has one of my favorite stories about the extreme thoughtlessness on the part of a significant other. “My ex bought this really nice Mecca track jacket — we were ravers, shut up — for this girl he had a crush on before he met me,” she says. “One day, he handed me the jacket and said, ‘I bought this for [whatever the girl’s name was, I forget] ’cause I liked her, but you can have it.’ I took it because it was a nice jacket, but still gave him a piece of my mind.”

Sam Escobar provided me with an epic tale of a truly shitty offering. “My ex is a musician and somehow managed to hit that special intersection of ‘not very good’ and ‘extremely performative,’” Escobar says. “He once wrote a song that he claimed was ‘about’ me, but it was painfully obvious that he only wrote it so he could sing it in front of people at my birthday party. In reality, the song related to nothing in our relationship, and I’m pretty sure he wrote it before he met me … about his previous partner.”

Publicist Dara Avenius is often ushered to A-list parties for her job, and she recalls the perfect present from an ex. “I was having a bad day, and she surprised me with a pair of earrings,” Avenius says. “She knew I was reworking my wardrobe and looking for accessories that I could wear for the many red-carpet events I had to attend. It was clear she’d studied my style and came up with earrings that fit me so well.” Contrast that with another bestowal of accessories that was a major fail — and you’ll see why. “A girlfriend gave me a symbolic piece of jewelry (not an engagement ring, just a particular symbol that matched a tattoo of hers), which would be fine if she hadn’t given something similar to her ex — and the person she dated after me!”

5. There is so much romance in the “I’ve been holding on to this for years” gift.

Take my friend Sylvia Haider, who met her husband through work. Early in their relationship as colleagues, she says, “In an abysmal attempt to be funny, I started making up a story about ninja donkeys who would defend damsels in distress. The story flopped and was never mentioned again.” 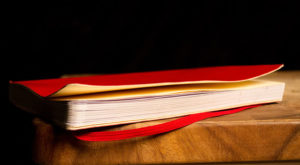 Years later, when they were a couple, she says, “For the holidays, he gave me a crimson silk book with an illustrated 20-odd-page story about our relationship evolution centering around a ninja donkey (him) and a damsel (me). He’d been working on it for months (story line, rough drafts, illustration, coloring, etc.). He remembered every detail I made up during our initial conversation, researched and referenced my cultural background into it as well.” This beautiful labor of love, she says, is still her most valuable possession.

6. Impracticality can be insanely sweet.

Quinn Sutherland describes the first Christmas she spent with her boyfriend. “He knew I really wanted a Christmas tree, but we lived in an insanely small studio apartment,” she says. “He insisted, saying he’d bring home a little tree.” Cut to later that night, when her boyfriend called and asked her to come open the door. “He and a friend dragged this enormous tree up into our tiny home,” she says. “We only had about three ornaments, and the branches hit our knees when we sat on the sofa, but I didn’t care. I loved it, and loved that he wanted me to have a proper tree.”

7. If you’re feeling down about a disappointing gift, you’re not alone.

Twenty years ago, my friend Alison Freer received a trash can (yes, a trash can) from her then-boyfriend, complete with a cheap stick-on bow. “He goes, ‘It’s a trash can,’ as if I was partially sighted,” she recalls. “I said, ‘Thank you,’ while thinking the whole time, I’m going to dump you.”

Fair enough. Because if you give a garbage present, you’re guaranteed a garbage reaction.